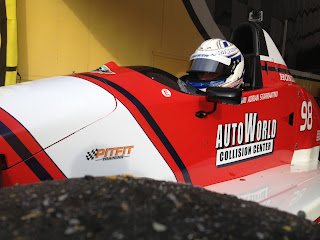 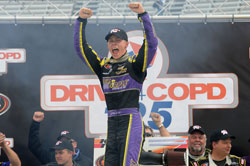 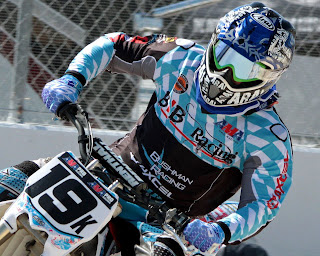 Adam Bushman won three pro titles at the Wisconsin Ice Racing state championships in Wisconsin in February. He won the Open Pro, 450 Pro and the GP Pro championships.
Bushman, who lives in Oak Creek, Wis., is coming off hip surgery and has raced in Florida and Georgia since his championship runs in Wisconsin.
He has his sights sets on GNC national events throughout the country.
Go to the K&N website for more on Bushman and his ice racing endeavors.

Photos from the Auto Club 400 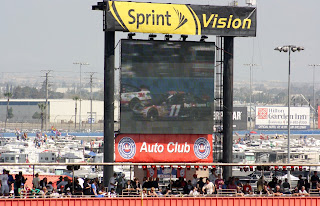 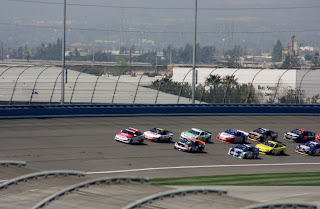 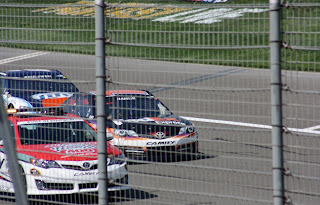 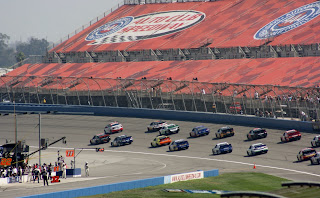 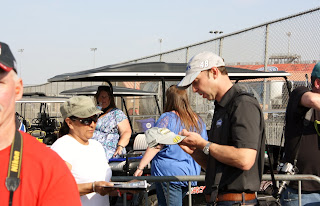 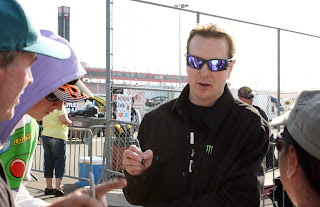 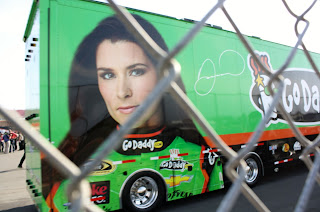 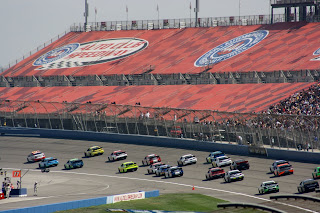 NASCAR drivers to watch in the Auto Club 400 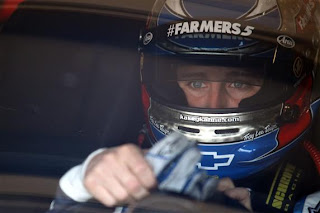 The NASCAR Sprint Cup Series will be at Auto Club Speedway in Fontana this weekend for its one and only stop in Southern California.
Danica-mania has died down a little since the Daytona 500 last month when she won the pole and finished in the top 10.
That has been Danica Patrick’s best race so far this season. She crashed at Phoenix International Raceway the following weekend. She was 33rd at Las Vegas Motor Speedway two weeks after Daytona.
She was 28th and five laps off the lead lap in Sunday’s race at Bristol Motor Speedway in Tennessee.
She has cooled off tremendously since Daytona.
Here is a look at the drivers who are hot coming into the Auto Club 400 in Fontana on Sunday.
Kasey Kahne: He won the NASCAR Sprint Cup Series race at Bristol and was second in the race in Vegas. Neither track compares to Fontana though. Auto Club Speedway in a wide-open 2-mile oval. Bristol is one of NASCAR’s tiniest tracks, a half-mile bullring. Vegas is a 1.5-mile oval, a tad smaller than the Fontana track.
In Kahne’s favor, though, is his history at Fontana. He won the Cup race at Auto Club Speedway in September of 2006 and had a ninth-place finish in 2010.
Those were before his Hendrick Motorsports days. Still, he is the hottest driver entering the Fontana weekend. His second season with Hendrick didn’t start off so well either. He was 36th at Daytona and 19th at Phoenix.
“Since Las Vegas, the test day went really well,” Kahne said after winning at Bristol on Sunday. “I thought we learned some things there, were able to put a really good weekend together, and again this weekend.”
With the win in Bristol, coupled with his runner-up finish in Las Vegas, Kahne is in seventh place in the Sprint Cup Series standings after four races.
“We’ve gained a lot of spots here in the last two weeks and feel really good about where we’re at, where our team’s at,” Kahne said. “There was a lot that went on during the off‑season to get a little bit better. I felt like each one of us needed to get a touch better. So far it’s all paying off. The guys are doing an awesome job.”
Brad Keselowski: The 2012 NASCAR Sprint Cup Series champion has yet to finish outside of the top five in the first four races.
He was third at Bristol on Sunday. He won the pole and finished in third place at Las Vegas the previous race. He posted a pair of fourth-place finishes at Daytona and Phoenix. He holds a nine-point lead over Dale Earnhardt Jr. in the Sprint Cup Series standings after the first four races.
Dale Earnhardt Jr.: He has four top 10s in the first four races of the year and probably should have won the race at Las Vegas. He led the most laps, but came in fifth place.
His best finish came at Daytona, where he was the runner-up to Jimmie Johnson. Junior is coming off a sixth-place finish at Bristol.
Carl Edwards: He won the Cup race at Phoenix and was fifth at Las Vegas. His only real setback came at Daytona with a 33rd-place finish.
He comes into the race at Fontana in eighth place in the Sprint Cup Series standings and is coming off an 18th-place finish at Bristol.
Matt Kenseth: He won the Cup race at Las Vegas, but has been very inconsistent in the other three races. He was seventh in Phoenix, but 35th at Bristol and 37th at Daytona.
Still, he is another driver with a successful record at Auto Club Speedway. He also has a new team. Perhaps Joe Gibbs Racing equipment combined with Kenseth’s experience can produce a winning weekend.
…
On a more local NASCAR note, Canyon High graduate Greg Pursley won the K&N Pro Series West season opener at Phoenix International Raceway.
The 2011 Pro Series West champion was part of a 1-2 finish for Gene Price Motorsports at the race in Phoenix. Pursley’s teammate, Cameron Hayley, a teenager from Canada, was second in the Phoenix race.

Photo: Kasey Kahne, driver of the No. 5 Farmers Insurance Chevrolet, sits in his car during practice for the NASCAR Sprint Cup Series Auto Club 400 at Auto Club Speedway on Friday in Fontana, Calif. (Photo by Todd Warshaw/NASCAR via Getty Images) 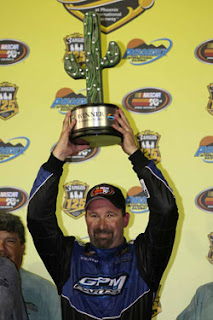 Greg Pursley looks like he has regained his championship form.
He won the NASCAR K&N Pro Series West season opener at Phoenix International Raceway. Pursley won the West Series championship in 2011, but was the runner-up to his Gene Price Motorsports teammate, 17-year-old Dylan Kwasniewski, last year.
Pursley has another teen-age teammate this year. Cameron Hayley, a 16-year-old from Canada, was second in the race at Phoenix.
Pursley led 56 laps in the Talking Stick Resort 60 and set the track record in qualifying.
Go to the K&N website for more on the West Series race from Phoenix.